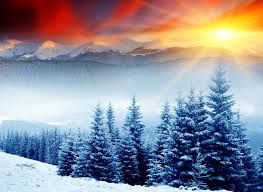 While He spoke these things to them, behold, a ruler came and worshipped Him, saying, “My daughter has just died, but come and lay Your hand on her and she will live.” Matthew 9:18

I am always intrigued and forced to think for long moments when I read Matthew 9 because it is packed with miracles of healings one after the other done by Jesus as He was on His way. The two that really get me thinking is the ruler, Jairus, and the woman with the issue of blood. These two people had not met Jesus before this incident yet they were very confident that He would, not could or maybe, but would do for them what they believed based on what they had heard.

I like Matthew’s account of Jairus, whose daughter had just died with mourners gathered around his house. He comes to Jesus while He was speaking to His disciples, worships Him and says, ‘My daughter has just died, but come and lay Your hand on her and she will live.’  She will live! Mark 5:23 records her as being at the point of death and Jairus saying, ‘come and lay your hands on her that she may be healed and she will live.’ Jairus did not deny the severity of His daughter’s situation which is why he came to Jesus. But he had so much confidence in Jesus, so much confidence in His power and His willingness (not just ability) to make his daughter live. He did not say come lay your hands on her and maybe she will live or come lay your hands on her and if it be your will she may live. He had heard that this Jesus was very interested in healing and doing unusual miracles, and He believed it and confidently acted upon it.

In the same manner, the woman with the issue of blood for twelve years who was getting worse and had suffered many things from physicians spending all her money trying to find healing. But she heard the reports concerning Jesus, building up her faith and confidence so much so that in spite of the crowd and their opinion of her, she came up behind Him and touched His garments. She had continually been saying to herself, ‘If i touch His garments, I shall be restored to health (Mark 5:27,28 AMPC).” I shall be restored to health! Like Jairus, she heard the reports of Jesus and she must have pondered on it deeply. The more she did, the more confident she became receiving exactly what she said. Jesus commends the woman saying in Mark 5:34, “Daughter, your faith (your trust and confidence in Me, springing from faith in God) has restored you to health. Go in (into) peace and be continually healed and freed from your (distressing bodily) disease.”

Jesus is willing and very interested in healing and doing unusual miracles today if you will confidently believe. He has not changed His mind. On the contrary He has already paid the price to secure our healing here on earth by dying on the cross. 1 Peter 2:24 says, ‘who Himself bore our sins in His own body on the tree, that we having died to sins, might live for righteousness. By whose stripes you were healed.’ You were healed so what you and I need to do is receive it confidently by faith, trusting God and declaring continually in spite of the symptoms, ‘but I am healed in Jesus Name.’

May we all experience His healing power and unusual miracles in our lives, as we confidently stir up our faith!

previousDoing What He wants me to do.