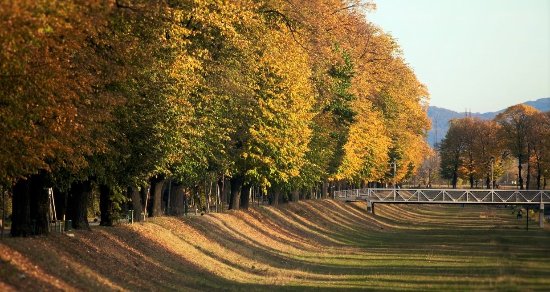 As you walk or drive around everyday you see so many things, and some you pay more attention to more than others. Some things you see determine your actions and what you do, for example if you see a red light, you know you have to stop because that is what the law says. In a similar manner what you see and pay attention to in your faith walk matters because it determines how far you go. Those very simple words, BUT WHEN HE SAW…made a whole difference to a journey that had started confidently and boldly in faith, walking only on the words of Jesus. Peter was doing the impossible, he was walking on water but he saw the strong wind and he was afraid. I sort of wonder, what did the wind, which had been turbulent before he started walking have to do with him walking on water? Absolutely Nothing! He walked on water because he asked, Jesus said, ‘come’ and he obeyed.

Peter then looked around and saw the strong winds! He looked at it, he considered it, he paid attention to it (more than the words of Jesus) and that made him afraid. His faith was shaken because he considered and unknowingly concluded that the strength of the wind was stronger than the words of Jesus. His reasoning, his imagination, his thoughts, his experience, his training all told him that the strong wind had the potential to throw him over and toss him into the water. He for a moment too long forgot Jesus standing in front of Him and all that He is, he temporarily forgot the power that had previously been displayed before him and the other disciples at the commands of Jesus, he forgot for an instant too long that just before they entered the boats Jesus had multiplied five loaves and two fishes feeding a crowd of thousands with twelve baskets left over. He temporarily forgot that He was already walking on water because of the inherent power in the words of Jesus.

Peter was afraid and he began to sink. Peter was afraid the strong winds would make him sink, and the very thing he was afraid of was exactly what began to happen because of his fear. Jesus however caught him as he cried out and said (expanded by me in non bold), ‘O you of little faith, why did you allow fear to cause you to doubt me and my word,’ implying that Peter could have walked all the way to the boat with him if he did not doubt.

Be determined to not give in to fear no matter what, and the best way to do this is by keeping God’s word always before you paying more attention to what it says than the things around you. Should the devil present lies (winds and waves) to you to see and hear, you can tell him to shut up and even better still, tell him what the word of God that you believe says  – he will flee from you as one on terror (lol). So I encourage you to walk boldly all the way in faith with Jesus.